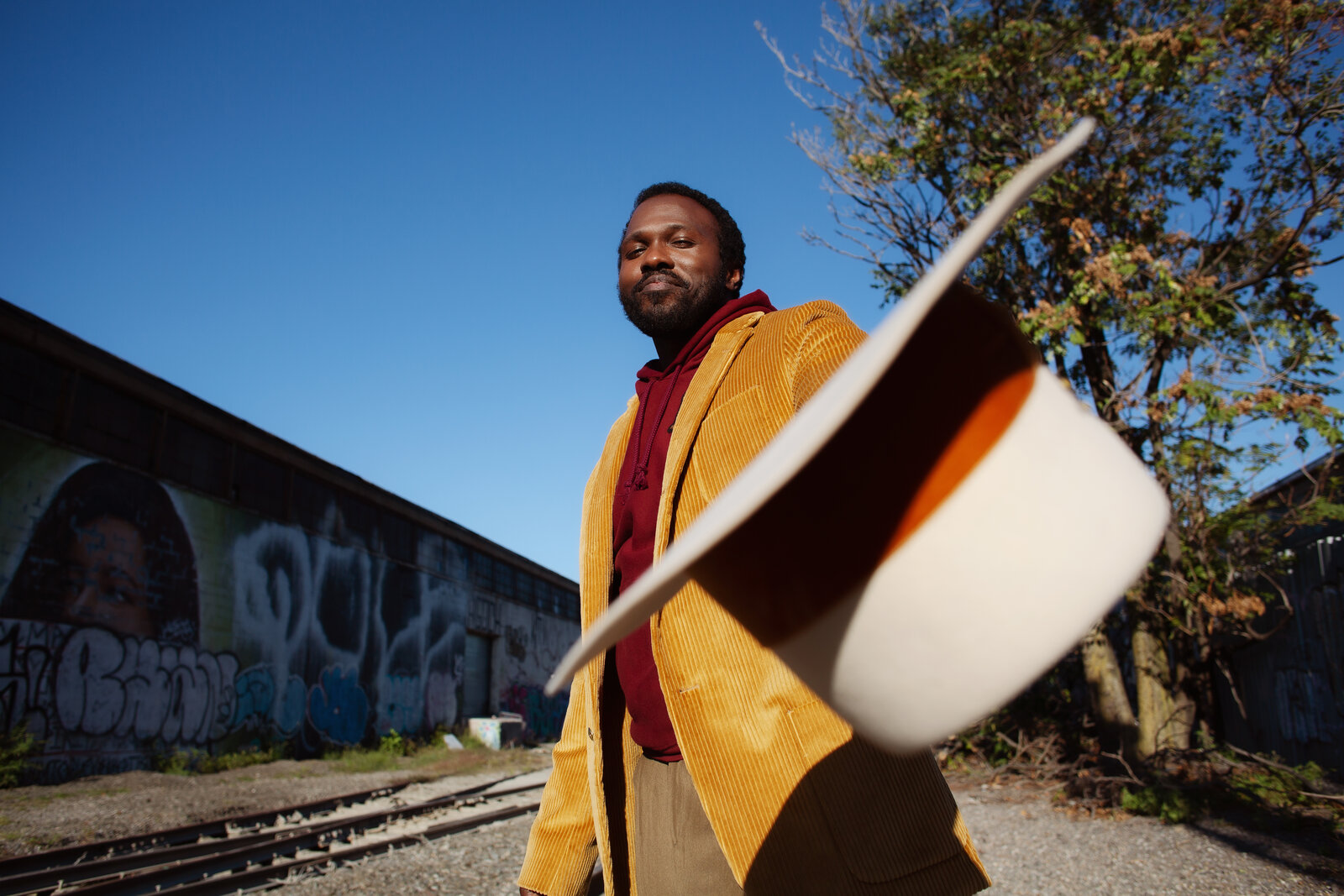 So many of our conversations here on The Resistance have been and will likely continue to be about voices. We all hear them: the internal ones and the external ones. They originate from different sources, but they all come with expectations and pressures, and assumptions. They each hold weight and it can be hard to navigate any sort of meaningful path forward when taking them all in.

I already knew that Joshua Henry would have some meaningful insights into the creative life given his tremendous experience and talents. However, what I loved most was his approach to these voices—namely that he tries his best to tune into the voice before the voice.

That voice can take on different forms and go by different names for each of us, but Henry, who is very much a spiritual man, says it’s his connection to something greater than him, something limitless, that allows him to remain so rooted. His practice, he says, is to listen to that voice before he allows others to have their say.

That discipline is certainly working in his favor. As a theatre actor, he’s been thrice nominated for Best Actor for his roles in The Scottsboro Boys, Violet, and Carousel. If you saw Hamilton on its first national tour, you saw him in the role of Aaron Burr, and these days you can catch him as the male lead, Dr. Pomatter, in Waitress. Speaking of voices, Henry also released his debut full-length album earlier this year entitled Grow and can be seen in Lin-Manuel Miranda’s new film Tick Tick Boom (Netflix).

For all of his success, Joshua Henry is confident but grounded, a man who has learned to cut through much of the resistance to get to his present platform. He also knows staying tuned to that most important voice will be his only trustworthy path forward.